Mentality of perseverance can be epitomized by the country's soft power and smart power. The MND has employed the Chu-Kuang (Glorious) Garden TV program, a newspaper and three journals published by the Youth Daily News, Voice of Han Broadcasting Network and Internet publishing channels to create, broadcast and publish educational topics, monographs and news reports to help forge such a mentality. We have been hosting various art and cultural promotion events to push Armed Forces works against corruption and improve the sense of internal security. It is hoped that these measures can help strengthen the will of the service members, enhance their sense of moral value, and perfect their physical combat skills. The final goal is to forge a mentality of perseverance far exceeding that of the enemy and maximize the potential of this intangible capability.

I. Promoting Sense of Unity

On the occasions of the 90th Anniversary of Whampoa Military Academy in 2014 and the 70th Anniversary of Victory in the War of Resistance against Japan and the Retrocession of Taiwan in 2015, the MND especially hosted a series of events, such as a musical called Country and Home, an exhibition titled From Here to Eternity (detailing the truth of the War of Resistance against Japan), memorial concerts, a seminar of the 70th Anniversary of Victory in the War of Resistance against Japan as well as a workshop to discuss cultivating moral value and character for service members. Attendees, such as military representatives, veterans, service members, dependents, and civilians, were all impressed and deeply felt the invaluable consciousness of the cruelty of war and pricelessness of peace. To faithfully exhibit a piece of glorious history of the ROC Armed Forces, we have assigned personnel to bring home the remains of brave soldiers of the Chinese Expeditionary Force in Burma during the War, and issued a commemorative calendar titled An Honor and Heritage to help our fellow citizens appreciate the spirit of sacrifice and contribution of the ROC Armed Forces and inspire service members to follow their heritage of loyalty and valor in defending our nation so as to strengthen our mentality of perseverance. Additionally, we held a NICE PLAY – Saluting our Heroes event for exemplified service members and their families on the eve of the Armed Forces Day and All-Out Defense Education Day commendation event, and offered them foreign travel opportunities to broaden their horizons and strengthened their sense of pride and honor so as to create a positive image of the Armed Forces and help nurture a sense of unity.

In order to commemorate the 70th Anniversary for the Victory in the War of Resistance against Japan and the Retrocession of Taiwan, the MND especially hosted a musical called Loyalty unto Death – Striving for an Everlasting Peace.

To strengthen the psychological toughness of service members and recognize the importance of force buildup and operational preparedness, political warfare (PW) supervisors and officers in charge of PW at brigade (group) level or above are gathered annually to observe a demonstration of the Four Essentials of the Battlefield and Psychological Warfare (PSYWAR) Training. Moreover, prior to live-firing phase of the Han Kuang Exercise, a PSYWAR Week training program is also carried out to impart to service members a solid understanding of why we fight and who we fight for.

Even though the status quo of the Taiwan Strait is relatively stable, the lurking threats to our security are increasingly intimidating. In recent years, communist espionage cases have been unearthed one after another, and these cases have demonstrated that the PRC has yet to reduce its infiltration and espionage activities despite the fact that cross-Strait exchanges are increasing. In order to strengthen loyalty and patriotism amongst service members, we have generalized the recruitment and infiltration methods of the PRC, and incorporated them in our counter-espionage training as study focuses. Moreover, we have been adopting a diversified pedagogy to establish security awareness amongst service members and their families so as to strengthen the service members and civilians' consensus of the importance of counterespionage and security.

Most communist espionage cases uncovered in recent years were mostly whistle-blown by service members. Subsequent case analyses revealed that the PRC has been vigorously tempting our discharged and retired personnel to contact active members and their families in order to acquire classified information. To achieve effective prevention and elimination of risk factors, and maintain purity in our military community, we have been providing courses to service members and their families to improve their awareness in this regard. We have also stipulated a suite of Practical Measures for Counter-Intelligence Training for Retired ( Discharged) Personnel of the ROC Armed Forces. Moreover, we have been working together with private media companies to produce TV series of counter-espionage to establish a deep-rooted awareness of it in the general public so as to prevent the Armed Forces from the infiltration, espionage and sabotage activities of the enemy. 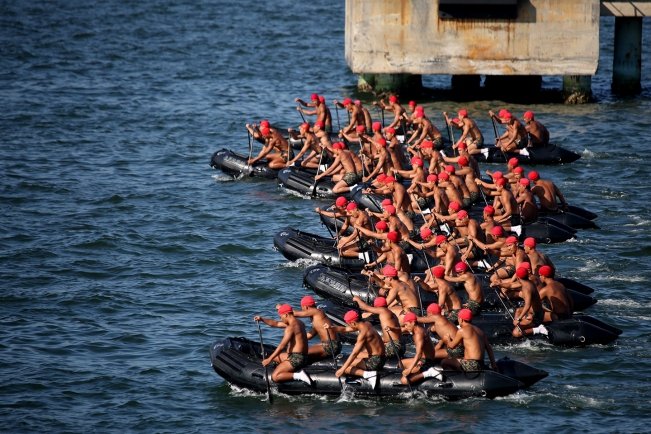 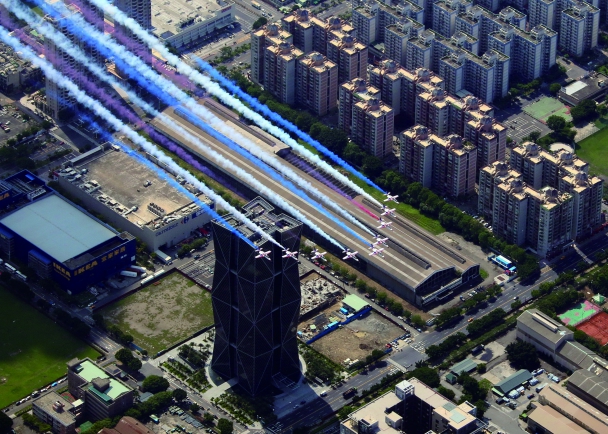 1.2.To help fellow citizens gain a better understanding of the intensive training that ROC Armed Forces service members go through, we worked with the National Geographic Channel to produce special programs of the Marine Corps Amphibious Reconnaissance and Patrol Unit and Taiwan's Elite Warriors: Thunder Tigers as part of our active marketing strategy which effectively improved the image of the ROC Armed Forces.

3.The MND held a NICE PLAY - Saluting our Heroes on the eve of the Armed Forces Day and All-out Defense Education Day commendation event to create a positive image of the ROC Armed Forces and create a common consensus of all-out defense. 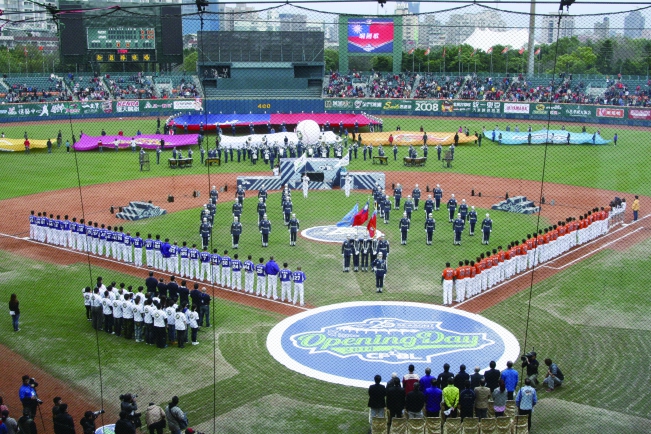 Civilian supervision of the armed forces is considered standard practice in democratic nations. By taking into account of this global trend, upholding the principle of promoting transparency for national defense policy implementation, and respecting people's right to know, the MND has been publicly stating, communicating, and elaborating its policy implementation to the people via broadcast means on condition of without infringement of confidentiality to obtain their support for the Armed Forces.

To help the people better understand our Armed Forces' dedication to training and to improve the exposure of our forces in the global stage, we worked with the National Geographic Channel, History Channel and Al Jazeera English in 2014 to produce special programs, such as Taiwan's Elite Warriors: Thunder Tigers, Marine Corps Amphibious Reconnaissance and Patrol Unit, and Impacts to the Taiwan Strait after the ROC Armed Forces Becomes a Volunteer Force. It is hoped that through project planning concept together with flexible, diversified and active marketing strategies, we may effectively build a positive image of the Armed Forces.

V. Building up a Clean Military

To realize the clean governance policy, the MND has established an Ethics Office and an Inspector General's Office which are dedicated to the elimination of corruption and graft within our ranks. In 2014, the performance of anticorruption activities taken by the ROC Armed Forces were ranked 3rd place among 11 governmental agencies in the same grouping for ethical evaluation reviewed by the Agency Against Corruption (AAC) of the Ministry of Justice. We were also subject to the 2014 Anti-Corruption Public Survey organized by Transparency International Chinese Taipei (TICT), which evaluated public servants of 26 specialties. The survey results revealed that our service members were ranked 5th place by the general public in terms of anti-corruption ratings. In May 2015, the Chairperson of Transparency International personally witnessed the signing of Partnership Agreement for Anti-Corruption Education of the ROC Armed Forces by the National Defense University and TICT to help blend international academic principles and theories of ethics into our military educational system.