In order to defend our country and fellow citizens, the ROC Armed Forces have been vigorously making preparations for disaster prevention and relief operations against the threat of complex disasters. Following the guidelines that disaster relief is akin to fighting a battle and that avoidance is better than prevention, and prevention is better than rescue, we have been adopting active measures, such as forward deployment, early stationing, and instant reaction for disaster relief efforts, so as to strengthen the ROC Armed Forces'
performance in disaster relief and assistance provided to the overall disaster prevention and relief efforts in compliance with the law.

( I ) Aspect of Disaster Prevention:

2.Establishing disaster prevention guidelines: The ROC Armed Forces have been adhering to the guidelines of forward deployment, early stationing, and instant reaction for disaster relief efforts. Lessons learned in recent years demonstrated that by following the guidelines, we can successfully complete the disaster relief operations and reduce the losses of lives and properties of our fellow citizens.

2.Nurturing disaster relief instructors: We have arranged disaster prevention and relief courses in the curriculums of operational training and academic education. For the purpose of nurturing instructors, selected service members from the Marine Corps, Special Forces, and engineering units were assigned to participate in relevant disaster relief courses provided by the Fire Department, the Red Cross Society, and the other aquatic search and rescue teams in order to further develop their disaster relief skills and professional competences. To date, 1,240 individuals have undergone those courses.

3.Strengthening medical care operations: Since 1997, the ROC Armed Forces have been providing EMT1, EMT2, and EMTP paramedics training courses through which 800 individuals are trained every year. From 2014 to August 2015, 6,443 individuals have undergone the courses. Currently, 8,865 service members have been successfully certified as paramedics, greatly improved our disaster and emergency rescue capabilities. 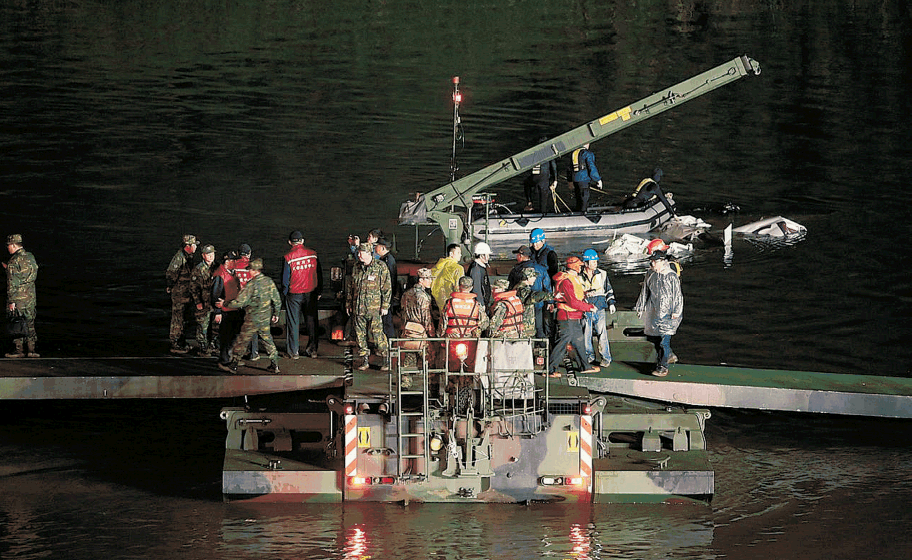 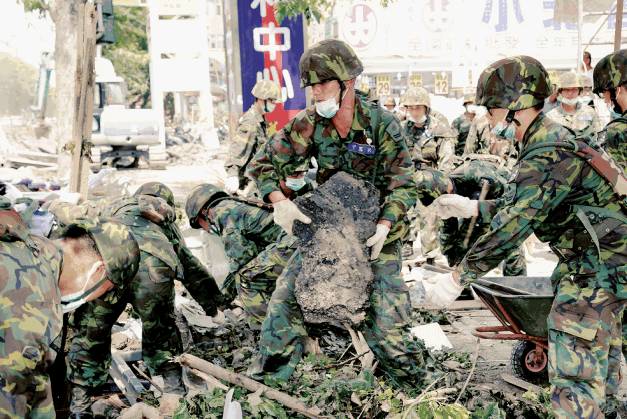 We have established the ROC Armed Forces disaster relief information system in cooperation with the Response Management Cloud System of the Ministry of the Interior, so as to create an information sharing platform with disaster prevention agencies, such as the Central Weather Bureau, the National Fire Agency, etc., as well as social organizations, such as the Red Cross Society, Tzu Chi Foundation, etc. Furthermore, we have been helping the National Airborne Service Corps to train its instructors for aircrews after reviewing the availability of the ROC Army Aviation and Special Forces Command 's UH-60M helicopter training sites and maintenance capabilities in order to expand sphere of resource sharing, and facilitate emergency rescue missions and operations.

To raise a broader awareness for the people's self-evacuation when disaster strikes, we have been conducting disaster prevention drills in local communities with particular focus on contingency command and control between local governments, personnel reinforcement, and disaster prevention and evacuation so as to establish a wide-area disaster relief mechanism.