I. Reform to the Military Punishment System

The MND proposed an amendment to the Act of Punishment of the Armed Forces to address public concerns on human rights issues in the military, maintain absolute military discipline, and ensure that human rights and interests of service members are well tended. The amendment added some additional kinds of penalty, altered confinement penalty to forcible repentance and deleted reforming training as a form of punishment. In addition, the effects of certain punishments and remedy channels are also improved in the amendment, so as to reach a balance between force management and protecting the human rights of service members. The amendment passed the third reading of the Legislative Yuan on 21 April 2015 and entered into effect on 6 May 2015.

The MND stipulated the National Chung-Shan Institute of Science & Technology Establishment Act in order to promote operational and management performance and competitiveness of the CSIST and achieve the objectives of self-reliant national defense. The said Act passed the third reading of the Legislative Yuan on 10 January 2014, and was promulgated on 16 April of the same year. To ensure successful transformation of the CSIST, the National Chung-Shan Institute of Science & Technology Performance Evaluation Regulations and 5 other relevant laws have been enacted and implemented accordingly.

In response to the amended Code of Court Martial Procedures coming into force on 13 August 2013, the prosecutor office of the military supreme court activated programs to set up legal service centers in northern and southern Taiwan. As for judge advocates originally served in 8 prosecutor's offices of the military courts under the military high court, they have been reassigned to units of Combined Armed Brigade level and above, so as to fully exert their legal potentials to deal with all legal affairs concerning national defense, multiply the functions of military judicial system, and expand the results of administration by law in the ROC Armed Forces. 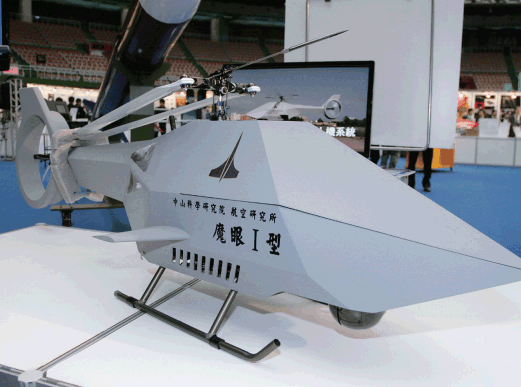 1.The CSIST was fully transformed on 10 January 2014 in order to improve operational and management performance and competitiveness and achieve the objectives of self -reliant national defense. The picture shows an unmanned aerial vehicle developed by CSIST.

2.In order to promote recruitment and provide retention incentives, the MND has drafted a Provisional Act for the Implementation of the Volunteer Military System for the purpose of building an excellent environment to attract young adults to serve and stay in the service.