The MND has been complying with the President's instruction to integrate national defense with diplomacy to promote military exchanges with friendly countries and allies while making connections with key influential think tanks with the goal of building interpersonal relations and securing friendships with other countries, thereby jointly ensuring the security of the Taiwan Strait as well as peace and stability in the Asia Pacific region. Through military and diplomatic exchanges and cooperation, we may learn new knowledge from advanced countries in areas, such as military technologies, force buildup planning concepts, operational lessons learned, as well as education and training, so as to improve the perspective of force buildup and combat readiness of the ROC Armed Forces.

I. Strategic Dialogue and Security Cooperation

The MND has been taking opportunities of international exchanges, such as foreign visits by our ranking civilian officials and flag/general officers, foreign visits arranged by the Ministry of Foreign Affairs, receptions for important senior officials and retired ranking military officers from friendly countries and allies, to help those countries to gain a better understanding of our national defense policy while strengthening military and diplomatic bonds in between.

The MND has participated in HA/DR exercises with friendly countries and allies, and conferences of military topics hosted by them in order to learn their advanced disaster prevention concepts and relevant operational tactics and techniques.

The MND has been trying to attend various logistics exchanges and cooperation conferences and annual meetings on military equipment with friendly countries and allies to learn the knowledge of their logistic system planning and operational statuses. The MND has also been promoting long-term professional logistics cooperation with them in order to promote logistics and maintenance capabilities of the ROC Armed Forces.

The MND has been exchanging policy perspectives and research findings with professional institutions around the world in different fields, such as weapon acquisition strategies, industrial cooperation and technology transfers, technology R&D, military medicine, fundamental science, and applied technologies, etc. In addition, the MND has also been working with relevant foreign defense research institutions to discuss cooperation in order to improve self-reliant defense capabilities. 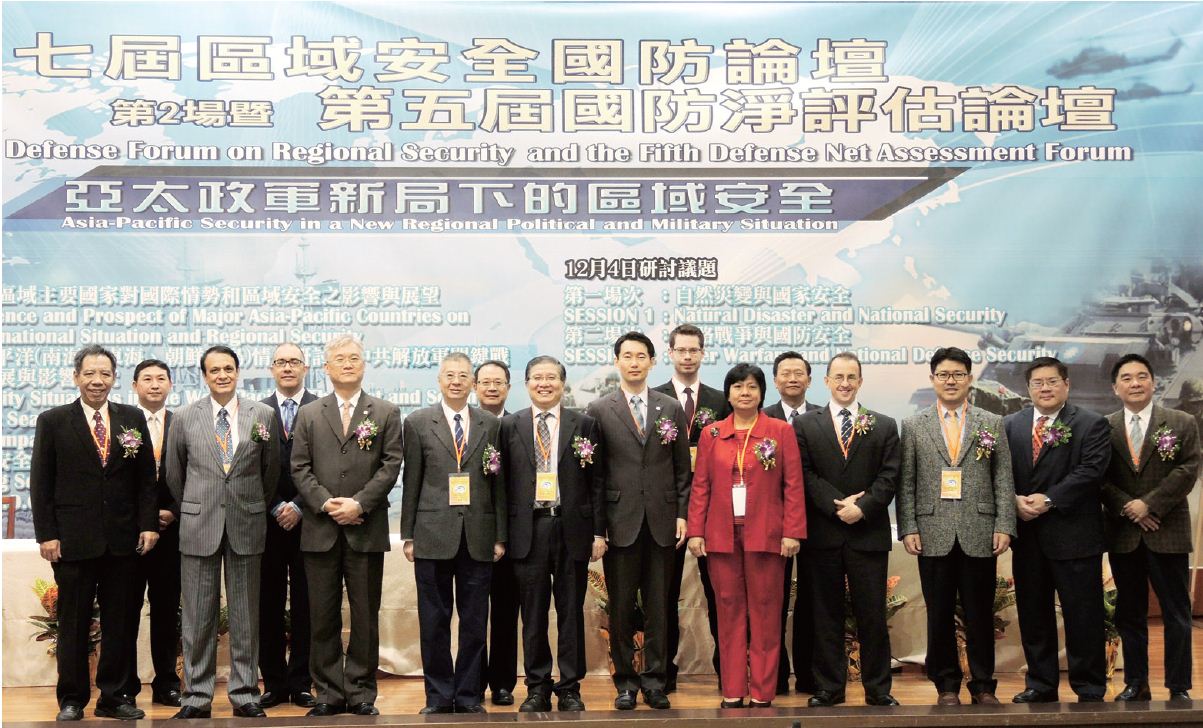 Through military and diplomatic exchanges and cooperation, we may learn new knowledge from advanced countries in areas such as military technologies, force buildup planning concepts, operational lessons learned, as well as education and training to improve the perspective of force buildup and combat readiness of the ROC Armed Forces.

The MND has been hosting strategic and regional security forums in tandem with domestic and foreign think tanks to broaden the international perspectives and strategic competences of both our military and civilian officers while enhancing exchanges and interactions with different think tanks to strengthen mutual communication in policies and concepts.

Through foreign military sales (FMS) training, think tank research, Master's and Doctorate degree programs, and cadet exchange programs for service members, the MND has been improving their professional competencies, such as strategic thinking, tactics and techniques, technical skills to operate and maintain weapons and equipment, and abilities to handle international affairs and negotiations, so as to comprehensively enhance the quality of our service members.